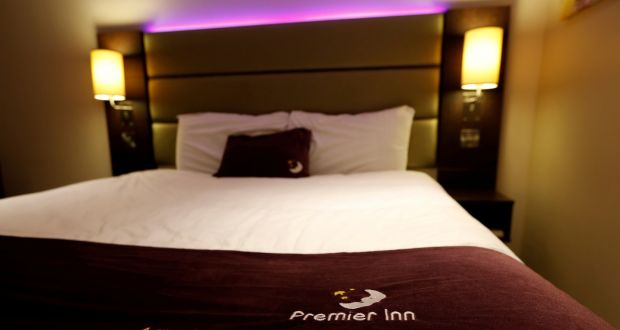 This recent article relates to the Graves/Gravestones of our, and Thomas Hickey’s, ancestors from Capel Street.

On September 18th 2017, we lost our sister Caroline. This image shows her obituary in the Meath Chronicle shortly after.

In search of the tomb of?Sir Christopher Wandesforde, Lord Deputy of Ireland in 1640.

On a crisp November Saturday morning with my grandfather Eoin, we paid a visit to Christ Church?Cathedral in search of the tomb of my great (six times) grandfather, Sir Christopher Wandesforde?(1592-1640). See Dear Grandchildren P.91 and back cover. Christopher built Castlecomber House?where his family lived on until the 1970s. Today, I believe it is Castlecomber Discovery Park.

Granny Elizabeth was my Dad?s grandmother, her grandmother was Clementina Woodhead, and?Clementina?s brother was Thomas Wandsforde Woodhead (1854-1893) named Wandsforde after his?g. g. g. grandfather Sir Christopher and known to his friends (and relations!) as Womby.

We found the Cathedral very interesting and well worth a visit. A very pleasant receptionist,?Ceni, set us on our unguided tour. We scrutinized every plaque, statue and tombstone, including?Strongbow?s, descended into the gargantuan crypt where we watched an excellent video of the?history of the cathedral, but found no sign or mention of Sir Christopher.

As we were leaving, Ceni kindly offered to look up Sir Charles on her computer, to no avail, but then?she said, ?Our archivist, Dr. Stuart Kinsella has just arrived back to the cathedral from Germany.? She?immediately telephoned Stuart who confirmed that Sir Christopher was indeed buried there, but?had succumbed to the 19th?has kindly offered to email us any information he has on Sir Christopher.

Then, as we were about to depart for the second time, a smart young man named David approached?and offered to bring us on a guided tour of the belfry and to allow us to ring the bells. We couldn?t?resist such an offer and off we went to ascend the 102 spiral stone steps to the campanologists??chamber, high in the spire, beneath the bells, where David?s colleague Gale, both volunteers,?greeted us and our two fellow visitors who came from Estonia.

First we were shown the automated clockwork system that chimes the bells every 15 minutes.?They then went through the 19 sallies (ropes) hanging from the ceiling, and explained all the bells??different histories and chimes. Together they told all about 360 degree English bell ringing and how?proud they are of Christ Church?s success in national and international bell ringing competitions.?Traditionally the bell ringers gather on Friday evening?s and twice on Sunday, only having to give up?their bell ringing when they become too infirm to climb the steps!?century reconstruction of the Choir, under which he was buried. Stewart.

Next came our bell ringing opportunity ? to send our chimes to the assembled tourists of ancient?Dublin. The two Estonians and I quickly got into rhythm on three bells and we chimed away happily?for ten minutes. Descending the 102 steps, holding onto the rope, was a little bit easier than going?up, and with much satisfaction, we took our leave of the cathedral.

It was raining; we rushed across the road and took refuge in the Harding Hotel just in time to meet?our cousin, Aine, making her departure. There we enjoyed a soup and a sandwich and noticed the?poster proclaiming the star artist on stage for the following Wednesday night as 8:30pm, none other?than Cathal Hickey.

We await hearing from archivist, Dr. Stuart Kinsella and will keep you updated.

Very many thanks for the copy of Dear Grandchildren.

From reading it, it?s obvious that the late Mrs Elizabeth Hickey was ?a woman for all seasons?, a lady who ?as Gaeilge? could be very aptly described as ?bean uasal, ildanach?.

And the account that yourself and your sister Netta give of her life and times and enthusiasms and family connections is very informative and entertaining, even if the reader isn?t related to Mrs Hickey or to any of the colourful characters encountered in the text.

The inclusion of so many family photographs adds great interest to the book, and although it was obviously written for your own grandchildren as an introduction to the history of their family, it deserves to find a much wider readership, just as the many achievements of the late Mrs Elizabeth Hickey deserve to be remembered and acknowledged.

Wishing you and your family all the very best.
Tomas Moffett

Nest ferch Rhys (1073 – 1136) was a Welsh princess who was renowned for her beauty. Nest was the daughter of Prince Rhys ap Tewdwr . Her brother was Gruffydd ap Rhys – Prince of Deheubarth. After her father’s death in 1093, Deheubarth was conquered by the Normans and King Henry I of England appointed himself her protector. Nest is thought to have borne him two sons, Robert, Earl of Gloucester (born 1090) and Henry FitzRoy (FitzHenry) 1103?1158 .
Around 1095 King Henry decided to marry Nest to one of his followers, Gerald de Windsor, whom he appointed Constable of Pembroke, though evidentially Henry maintained visitation rights, hence the arrival of Henry FitzRoy eight years after Nest?s marriage to Gerald. (Henry was raised in Gerald?s household) . Consequently, Nest is the maternal progenitor of the FitzGerald dynasty, one of the most celebrated families of Ireland. Nest and Gerald had at least five children one of which was Maurice our great x 24 times grandfather. Nest was grandmother to Gerald of Wales, the historian and a nephew of Maurice.
.During Christmas 1109, Nest and her husband were visited by her cousin, Owain ap Cadwgan. The story goes that Owain was so taken with Nest’s beauty that he and fifteen companions attacked the castle of Cenarth Bychan, seized Nest, and carried her and her children off. Tradition also has it that Gerald escaped by jumping down the garderobe (i.e. the lavatory chute) to get away. The children were later returned to Gerald. Nest is said to have borne Owain two sons, Llywelyn and Einion, before finally being returned to her husband.
This abduction earned Nest the nickname “Helen of Wales” because it led to civil war on a small scale. Owain ap Cadwgan left the country to avoid retribution, whilst Owain’s father, Cadwgan ap Bleddyn, lost his own lands. Gerald waited for Owain to return to Wales, then ambushed and killed him in combat as retribution for kidnapping his wife and children.
After Gerald’s death, Nest became the lover of Stephen, Constable of Cardigan, by whom she had another son, Robert Fitz-Stephen who died in 1182. With his half-brother Maurice, our ancestor, he captured the town of Wexford in 1169. They were granted joint custody of the town.
There are several works of historical fiction which chronicle the life of Nest, or Nesta as she is popularly known, which include:

We are directly descended from Nest and we share that distinction with a number of people of note, including,

Our great great great grandmother, Sophia Blaney Sutherland, the wife of Noah Hickey of Dublin and mother of the Rev. Noah Sydney Hickey was a resourceful women who corresponded with the Duke of Sutherland in February 1833 seeking his financial support for herself and her five grandchildren.

At the time of writing to the Duke Sophia was a widow . Her husband had been the partner in a failed business in Calcutta leaving Sophia ?without means to purchase food? for her children.

The Duke graciously came to her assistance.

As yet little is known about Sophia’s pedigree. Her father was Capt William Sutherland of the 45 Regiment. A Blaney family were tenants of the Duke of Sutherland but it is not known if they were related to Sophia.

For further information and imagers of the letters go to www.sutherlandcollection.org.uk/

Thomas Hickey, Artist (1741-1824) was our great x 3 uncle. He is probably best known in Ireland for his many portraits which hang in the National Gallery. including; ‘Two Children’, probably his daughters and ‘India’ – Indian bibi Jemanee. He painted Robert Emmet and his portrait of IV Vicount Towshend hangs in the drawing room of The Mansion House in Dublin. We write about his upbringing in Dublin and his time spent in India and in China.

We feature Thomas’ brother, John Hickey, Sculptor (1756-1795) and include a photograph of one of his finest works – the marble monument to David La Touche in Delgany, Church of Ireland, Church. According to George Breeze in ‘Thomas Hickey and Ireland’ John died young “on account of his intemperate habits”

Our grandfather Robert (1854-1936) was the youngest of nine children of Rev. Noah Sydney Hickey, Rector of Taughmon, Multifarnham, Co. Westmeath and Elizabeth Buchannon D’Arcy of Hyde Park, Killucan.
Robert went to India age 22 in 1876 and kept a diary of his time there and his journeys over and back for twenty years. He describes his marriage to and the death of his first wife Julia Brisco in childbirth in 1886.
Robert married our grandmother Isobel Barron in 1903 and they lived at Moydrum until 1923 when they sold up and moved to Hyde Park, his mother’s former home, where it seems he inherited some land,

Noel Sydney, our father was born in 1916 in Moydrum near Kinnigad. Noel was a border at St. Columba’s College in the early 1930s. Our parents divorced in the mid 1950s and he spent the next 30 years in the U.K. working with British Railways and on retirement returned to Ireland where he died in 1988. He left us a well documented photograph collection of which we include some and his father’s Indian diary which we treat in the next chapter.